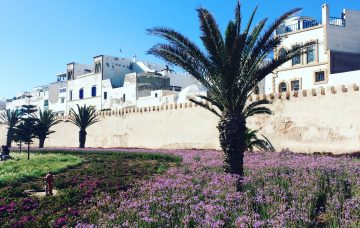 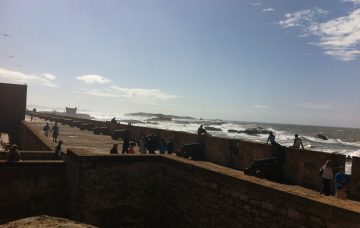 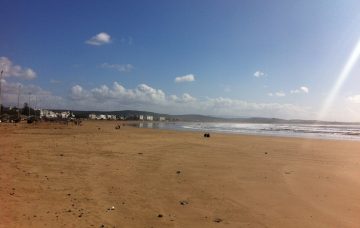 On Morocco’s Atlantic coast, a thousand kilometres from Gibraltar, lies the historic town of Essaouira. A small town, surrounded by a succession of walls with numerous gateways, the old ‘Mogador’ is now a small fishing town.

The Mogador site has been known from antiquity. In the 5th century BC, the Carthaginians set up a trading post and, at the end of the 18th century the port and town surrounded by their first ramparts were built facing the island.

In 1765, the Sultan Sidi Mohammed Ben Abdallah decided to build the largest port of his empire and entrusted the work to the French surveyor and architect Theodore Cornut, a pupil of Vauban, whose task was to build a trading town with an all-weather port.

Essaouira reminds of Saint-Malo. A Genoese architect was responsible for the construction of the ‘scala’ on the western ramparts facing the sea, and a British architect for the Marine Gateway. A dozen trading companies were established afterwards in Mogador, accommodating nearly a thousand Europeans (British, Danish, Dutch, French, Germans, Italians, Portuguese and Spanish). Since its establishment in 1765, Mogador has been considered as an important cross-roads of cultures and civilizations.

Essaouira is a magical window on Moroccan cultural heritage and a centre for artistic creation, especially in sculpture and painting. A place which in the seventies, hippies discovered again and became a fashionable destination, where even pop stars of that time – Jimmy Hendrix, Cat Stevens and others – liked to stay.

Today Essaouira, with approximately 80 000 inhabitants, is the main town in a province of half a million people. Like other Arab towns, characterized by medinas, casbahs and similar historical centres. The city mainly lives on fishing, tourism and international arts and crafts. These include numerous international festivals and gatherings such as the internationally renowned Gnaoua Festival, wind/kite surfing events, etc.